Lucia Atella (of Prelude to Fate, by Rosie Chapel) 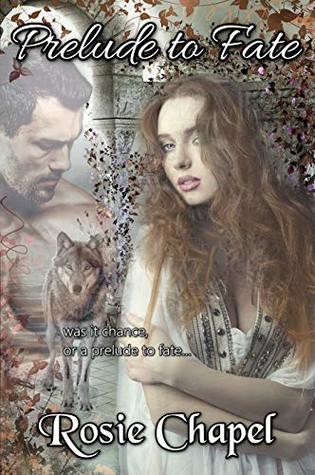 Dear readers, tonight with me is a woman from a the far reaches in the provinces of the Roman Empire, from a time of relative peace. She is here to tell us about how her peaceful life as a weaver and healer suddenly changed

My name is Lucia, I grew up, and still live, in a small town called Emerita Augusta in Lusitania… that’s in Hispania, if you’re not sure. Most people have never heard of it. Hmmm… it’s a lovely town and is all I know; I have never travelled far beyond the walls. If you have coin, there is always plenty to do. There are numerous thermopolia and popinae – although the latter can get a bit rowdy, so you need to have a care – and an eclectic collection of shops. We are lucky to have a theatre; it is the most incredible venue where they have all manner of entertainment. I love the plays, they are wonderful, and some make you laugh until you fall off the seat. Oh, and the amphitheatre, although I would rather not talk about that if you don’t mind, it holds bad memories for me.

Before my father died, he took us out, occasionally, for a picnic by the Anas – that’s the river on the outskirts of town… well one of them. I was very young, I was only maybe seven summers when he died, but I remember him carrying me on his shoulders and we would sing all the way to the river. My mother tried to hush him… father could not hold a tune… but she still laughed and sang along with us, so I do not think she minded. Goodness, I had forgotten those days, thank you, if you had not asked the question, that would have been lost to memory.

What is this ‘toy’ of which you speak? I am sorry; the word is unfamiliar to me.

I am unsure how it all happened, but I seem to be very busy. I weave cloth; usually simple pieces such as mats or wall hangings, but I also make wraps, and tunics and, now I have a bigger loom, I can even make togas or cloaks if people are prepared to wait a little while. I paint, usually decorative tiles and such like, and occasionally I am asked to do a portrait. Two or three times a week, more if an animal is injured or sick, I visit the bestiariorum, that’s where the animals used in gladiatorial games are housed. I… err… well… I suppose I am a healer of sorts.

You really want to know? I would prefer to forget it, but to be honest that is unlikely, for it was quite harrowing and probably indelibly etched in my mind. Hmmm… so, first I ended up tied to a stake in the arena, through no fault of my own I might add, and escaped death by minutes. Several months later, I was kidnapped and was supposed to be sold into slavery at the Castulo mine. I discovered, much later, that the overseer would have used me to satisfy his depraved proclivities, before sharing me with his cronies – a fate worse than death, I think – ugh. Then to top it off, I had to rescue my beloved Rufius from a madman intent on killing both of us. Of course, it was all very complicated and messy, but that is it in a large nutshell. Blood was spilled, lives were irrevocably changed, and yet when you say it quickly, it sounds quite innocuous – how strange.

What did you first think when you learned of the plot?

When Rufius informed me of his suspicions that someone was deliberately targeting me, I did not believe it. At first, I thought the whole thing was a ghastly mistake, one I should not have survived, but I did, and I thought it was over. No such luck. There was more going on than any of us realised, a malevolent plot, which would affect many lives but, for a while, I was inclined to think Rufius was being over-protective and somewhat paranoid. Always trust your intuition… to ignore it could cost you everything.

Being in the arena and trust me, that is one adventure you DO NOT want to be part of. You have no idea…! I was one of the furthest from the fossa bestiaria – that is the enclosure from where the animals are released, sorry I forget some might be unfamiliar with the terms – and saw people I knew, people I had lived amongst, being torn apart by wild beasts. The screams, the blood, I will never be able to rid my mind of it. To know you are about to suffer the same fate is a horror I would not wish on my worst enemy.

I do not make friends easily, and until recently, Sabina, who knew my mother and who has always looked out for me was probably my only friend. Of late, and owing to a series of extraordinary circumstances, I have gained quite a number, too many to mention here. As you might imagine, Rufius, my beloved husband is also my best friend, I know that sounds trite, but it is true. Then there is Marius, our steward. He manages the house but is an interesting person in his own right. He was assigned to Rufius years ago, when my husband was still in the army, and has some fascinating tales of their lives prior to their arrival in Emerita, although I am not certain they are all credible. Marcellus, a most unexpected friendship, that one. He is the lanista at the Gladiators’ School and would have let me die, yet he sought my help when one of the wolves was injured, and a grudging respect grew between us. Now I consider him one of my greatest friends. In a society where, amicable relationships between men and women are rare, I deem myself fortunate. I must also mention Feronia. Ours was an unusual friendship, bearing in mind she was a wolf whose sole purpose was to kill. Our lives, our fate became inextricably bound, and we shared more than most humans do. That is all I can say, for to speak of her hurts my heart, and I have absolutely no intention of weeping during an interview.

To my surprise, yes. Gaius Rufius Atellus is his name. He is a veteran soldier, but quite young, as he was discharged from the army after being wounded in a skirmish far from Emerita, and is now responsible for the town’s infrastructure. He was the man who rescued me from the arena. I am a bit of an outcast because of my mixed parentage, thus any romantic entanglement seemed improbable. Then I met Rufius and everything changed. My feelings caught me unawares and I did not expect them to be returned. Rufius is a worldly man and was quite set in his ways – so Marius tells me – but love me he does, a love I will never take for granted.

Injustice, I hate injustice and intolerance. Oh, and the bloody Romans… no wait that’s not quite true, not any more, although I did for a long time, especially the Watch, because they hounded us. Ovidius… did I hate him? For what he did, for what he wanted to do, he deserved to be hated but I refuse to give him that kind of power over me. He terrified me, that is undeniable, but I think pity would be my overriding sentiment for him.

Since meeting Rufius, I have discovered lots of new drinks – before, I just drank water from the stream. I think the one I like best is mulsum. I am not entirely sure how it is made, but I think it is a blend of watered-down wine and honey, and is very refreshing. Colours, I love vibrant colours. I cannot understand why the Romans prefer white, and those wishy-washy pale shades. Colour should reflect your personality or be able to uplift you when you feel low. I like bright reds and greens and yellows, and my favourite is a rich ruby red. For me, the perfect way to relax is to take a walk along the Albarregas with my Rufius. It is usually quieter than the banks of the Anas where most townsfolk congregate on their free days. We picnic, or simply spend time chatting about whatever is happening in our lives, maybe share a kiss, or several. These are the moments I treasure.

A little peace would be perfect. I have had enough adventures to last several lifetimes.

My secret might upend our lives somewhat. I have not told Rufius yet, so I hope he does not see this. There are signs, and my friend, Erlea, assures me I am not mistaken. I believe I am increasing. It is unnerving to know you are responsible for bringing another life into this world, but despite the risks, I admit to being excited. I cannot wait to tell Rufius… a whole new adventure is about to begin.

A latecomer to writing, but an avid reader all her life, Rosie Chapel was persuaded by her long-suffering husband to channel her passion for all things ancient into a book. Despite a healthy amount of scepticism, she took a leap of faith and The Pomegranate Tree was born [Editor note: we’ve interviewed Hannah the protagonist here]. This one book became a trilogy, to which she added a prequel – as you do! Since then, she has ventured into the world of Regency Romances, with the odd contemporary romance thrown in, and is also involved in several anthologies. The voices in her head refuse to give her a break 😊

She lives in Perth, Australia with her hubby, and their three furkids. When not writing, she loves catching up with friends, burying herself in a book (or three), discovering the wonders of Western Australia, or – and the best – spending a quiet evening at home with her husband, enjoying a glass of wine and a movie!

You can find Lucia on the pages of Prelude to Fate.

Join us next week to meet the senate candidate representing the species that is destined to replace homo sapiens. Please follow the site by email (bottom-right) to be notified when the next interview is posted.

One thought on “Lucia Atella (of Prelude to Fate, by Rosie Chapel)”