Ted Applegate (of Vengeance of the Werewolf by Mercedes Fox)

Dear readers, tonight with us on the interview couch is a brave man who fought several werewolves – and has the scars to prove it.

Tell us about where you grew up. Did you have a favorite toy, a favorite memory?

Crystal and I moved to Wolfcreek right after I graduated the police academy. I don’t call anywhere home because we moved around a lot. My favorite memory was graduation. For Crystal and I it meant the beginning of a whole new life—a life we controlled. So we packed up and took off and ended up in Wolfcreek.

How does one become a werewolf? What are the popular culture myths that are just not true?

I didn’t even believe in these things until the murders in Wolfcreek started. We were only finding parts of people at times. If we did find a body it looked like an animal feasted on it. The bodies were torn open and much of the entrails were missing.

Since my attack I’ve learned quite a bit about werewolves. For one, they don’t need the full moon to turn. Only a newborn pup (or newly bitten, like myself) need the moon’s pull for the first change. Werewolves are not mindless monsters either. I control my wolfish side. The wolf is part of me now and I can call it out anytime I want. END_OF_DOCUMENT_TOKEN_TO_BE_REPLACED

Sapphyre (of Sapphyre by Jason Komito)

Dear readers, tonight with me is a young woman, who recently found out that she has latent magical abilities. Accompanied by a mysterious gentlemen and following an ancient prophecy, Sapphyre goes out to face the world.

What can you tell us of the streets you grew up on?

Thorenn has not changed much in the past 17 winters, I don’t believe. Oh, yes, please pardon me. I forget that most of the people who are reading this have never been to Arstevia. The capital lays on the east coast of the continent and is the largest city in the land. It is also the largest port on the eastern seaboard and it is a few weeks ride south of the Myth Mountains on the finest of steeds.

Even though I spent my first few winters living on the streets of the city and begging and stealing to get my fill, I do have some good memories of my childhood. I never knew my parents and the first time I ever felt any feeling of family was when I met Kat and joined the Pugs.

I’m sorry I get a little choked up when talking about Katrivus. He is my dearest friend and we are still trying to figure out a way to rescue him.

But I digress. We were speaking of my youth. END_OF_DOCUMENT_TOKEN_TO_BE_REPLACED 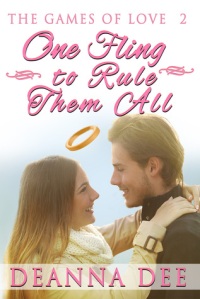 Dear reader, tonight on the interview couch with us in a young woman, an avid role-playing gamer who found love in the most unexpected and unusual of circumstances.

What was your childhood like? Any favourite toys or memories?

It was pretty awesome, actually. I had a decent spread of toys, but I mostly enjoyed taking my mom’s electronics apart and putting them back together. She wasn’t too thrilled when I’d do this, but it’s evolved into a computer science major. So there’s that, at least.

Does Craig share your love of Tolkien? Does Scott?

Craig has a general geeky respect for Tolkien. Scott, on the other hand, is as in love with it as I am. It makes for some awesome moments. END_OF_DOCUMENT_TOKEN_TO_BE_REPLACED

Midshipman Colyer (of Daedalus and the Deep by Matthew Willis)

Dear readers, tonight with us is a cadet officer from Her Majesty’s Ship The Daedalus. He will tell us of his adventures on the seven seas, and in particular about encountering a mysterious sea serpent.

Tell us where you grew up. Did you always want to join the navy?

I grew up in Harwich. It’s a Navy town – the Navy’s never far away. From the cottage where I grew up you could see the ships coming and going, and when you went down into the town the forest of masts above the roofs didn’t let you forget either. I suppose I did always want to join. My brother went to the naval college as soon as he could – Father had been a surgeon in the old Conqueror, so his sons were entitled to go – and I always wished I could have gone with him. You wouldn’t have thought there was any chance at all of me going too, but… well, I never actually thought it would happen, but it did.

What are you duties on board, as a midshipman?

My duties? Ha! To get under the feet of the petty officers, to annoy the officers and amuse the hands, or so you’d think. Really, a Mid is there to learn how to be an officer, to make sure we’ve salt enough in the blood, sea legs and know a sheetbend from a sheer-hulk. Half the time we’re used as skivvies and messengers and the other half we’re being sent up the masthead as punishment for something or other.