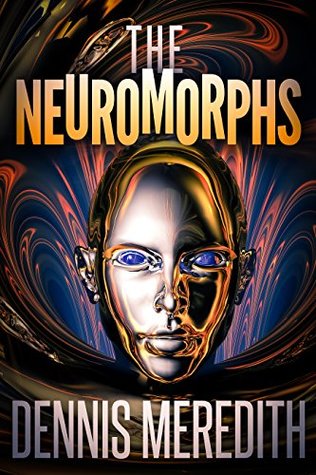 I’m a retired Navy SEAL, so after I decided I had “aged out” I looked for the closest thing to that. So, I went to work for Hardwood Security, mainly protecting high-risk targets—like oil company execs in the Middle East and African politicians who were terrorist targets. I’ve gotten in a couple of firefights, but I never ever expected I’d need my SEAL training to figure out how to kill armored killer androids!

Well it started routinely enough. My wife Leah and I had moved to Phoenix, and this co-op building The Haven looked like a good place to live. But things just got weird. First of all, they dropped the co-op price by half, it seemed to get us in. Then, we realized that the residents were… well… not normal. That was an understatement. Then, we found out that they were “hive-minded” androids who had murdered their owners to loot their wealth for the Russian mobsters who had re-programmed to be autonomous. And, we found out they decided humans were an expendable species.

What did you first think when the Neuromorphs first attacked?

I didn’t think, to be honest. My SEAL training just kicked in, and I fought back without even thinking about it. And I was losing. There were just too many. I was about to be overwhelmed. Fortunately, Leah has this quick analytical lawyer’s mind, and she figured out their weakness and saved the day… that is, until the naked Intimorph slammed me into the pool, and I was drowning.

When I found out Leah had been taken. I felt a searing chunk of fear deep in my gut I hadn’t even felt when I was going into a firefight. And I knew that if we let the military invade the nuclear bunker where she was being kept, she would die. It was up to me and my team to save her and all the other humans taken hostage.

What is the worst thing about facing the Neuromorphs?

Knowing that they were superior to us—in terms of strength, communications, strategy… everything. We just knew we had to stop them, even though we weren’t sure how the hell we were going to do it!

What is the best thing about facing the Neuromorphs?

Tell us a little about your SEAL team.

I would die for my SEAL team. And they would die for me. There’s Monte “Jammer” James, heavy weapons specialist; Al “Driller” Harmon, sniper; Barry “Oopsie” Lane, explosives specialist; Johnny “Needle” Blake, Assistant Officer in Charge; and Jack “Pitbull” DeFranco, breacher. They are all absolute professionals. Of course, Needle is a total prick, but a smart one, and I love him like a brother. But we lost team members fighting the Neuromorphs. I’m sorry, but the pain is too fresh. I can’t talk about them.

My wife Leah is the center of my universe, my great love. She is so smart, so beautiful. She even saved my life—with a barbecue fork, no less! And when I almost betrayed her with Marla, it was the most shameful episode of my life.

Oddly enough, I don’t hate the Neuromorphs, even though they were trying to eliminate the human race. They were just machines, and the reason they escaped control was because of human greed. The people I really hated were the Russian mobsters whom we found out murdered soldiers to obtain the weapons we needed to fight the Neuromorphs. But I don’t hate them anymore. They don’t exist. They are in pieces in a morgue in New York. Somehow a bomb went off in their headquarters. Somehow.

Beer, just about any kind. My favorite color is Navy blue! And relaxation for me is tramping the backwoods, hunting or just enjoying nature. Fortunately, Leah likes it too, which surprised me, since she appears so delicate. Boy, she’s not!

For now, leading a “calm” life working for Hardwood Security with some of my former SEAL team members. By calm, I mean parachuting into jungles to rescue hostages and going into war zones to take out terrorists. And most important of all, starting a family with Leah!

I’ve found myself crying at sad movies. I never did that before. Maybe it’s what I’ve gone through losing team members. Maybe it’s PTSD. Maybe it’s just joy at having Leah with me.

Dennis Meredith brings to his science thrillers an expertise in science from his career as a science communicator at some of the country’s leading research universities, including MIT, Caltech, Cornell, Duke and the University of Wisconsin. He has worked with science journalists at all the nation’s major newspapers, magazines, and radio and TV networks and has written well over a thousand news releases and magazine articles on science and engineering over his career. He holds a B.S. degree in chemistry from the University of Texas and an M.S. in biochemistry and science writing from the University of Wisconsin.

You can find Patrick on the pages of The Neuromorphs.

Join us next week to hear about 17th century Ireland – whiskey, harps, and faeries. Please follow the site by email (bottom-right) to be notified when the next interview is posted.