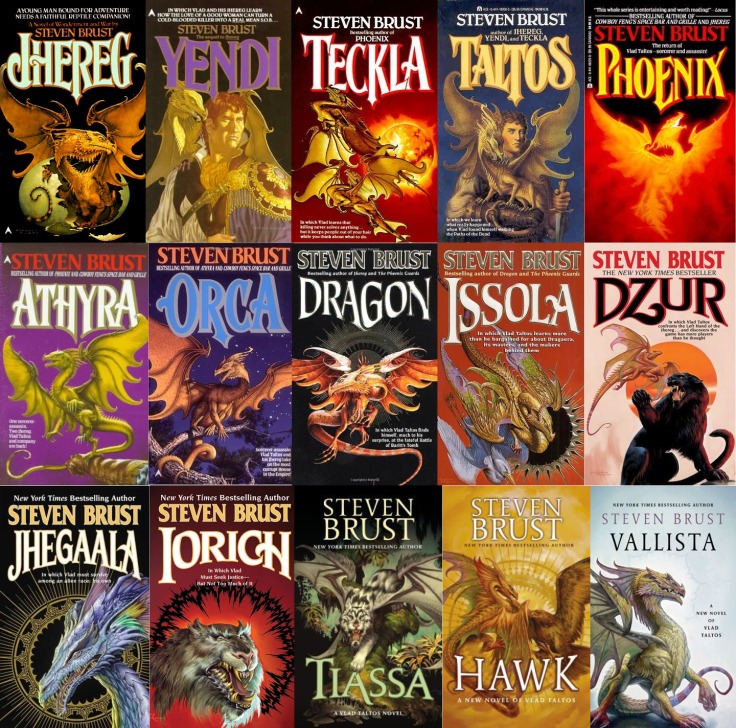 Adventure?  You call it an adventure?  I call it people trying to kill me.  Maybe that’s an adventure for you, but–okay, let me explain.  When there’s this vast criminal organization that hates you because you didn’t quite play by their rules, and they want to stick a weapon into you that destroys your soul, that’s not an adventure, that’s just scary.  So, anyway, I thought up a way to maybe get myself out of that uncomfortable situation.  See, I had a plan…

What did you first think when you found yourself on the run?

It all started when I was almost killed–again–and was lying in this stupid empty basement recovering and I remembered this comment made to me by one of the most irritating Hawklords in the Empire.  And if you’ve ever met a Hawklord, you know how irritating that must be.  And that one remark, that I remembered from back when life was simpler (it really wasn’t simpler then, I’m just saying that) is what started everything going.

There was the time Morrolan was bringing me to Dzur Mountain, and as we were climbing up the stairs inside it (long story, don’t ask) he pissed me off, so I said something to piss him off, and he has this Great Weapon that, like, is so powerful that, okay, can we talk about something else?  I don’t like your questions much.

What is the worst thing about being hunted by your own house?

The worst thing about having the Jhereg after you is that most of the time you’re either in the wrong place, or don’t have time, to get decent klava. Sometimes you don’t even have time for coffee.  You don’t know what klava is?  I feel sorry for you, brother.  Okay, you know what coffee is?  Yeah, okay, klava is this drink you brew from coffee that tastes the way coffee smells.  If that doesn’t sound good to you, bugger off, we got nothing to say to each other.

What is the best thing about your line of work?

The best thing about having been involved in the, um, line of work I was once in, is that I got to meet people who are willing to help me get out of the muckpiles I keep falling into.  I mean, there’s Sethra Lavode, right?  The Enchantress of Dzur Mountain?  Who wouldn’t want her on his side?  And I mentioned Morrolan (hint: he didn’t kill me).  And his cousin, Aliera.  And my familiar, Loiosh, a jhereg, who keeps me entertained by making wisecracks into my mind, and flies into people’s faces when they have unkind intentions toward me.  Like that.  And I mentioned Kragar, but you didn’t notice him.  That’s a joke.

I just did that.  Weren’t you paying attention?

So, yeah, and then there’s my estranged wife.  I’m still in love with her.  Shut up.  And now I learn we have a son she didn’t even tell me about, but I kinda get why she didn’t.  I don’t know, it was probably my fault.  And then there’s this Issola bard named Sara.  When she sings you melt, and when she looks at you, you die, only not really, it’s more like you’re glad to be alive.  I keep living because of her as much as for any other reason.  I’ve never told anyone that before.  Keep it to yourself or I’ll cut your tongue out and feed it to you.

You probably think my favorite drink is klava, but it isn’t. I mean, I love my klava, with heavy cream and honey, but it isn’t my favorite drink.  What is?  There’s this Fenarian peach brandy I love that’s right up there, but, well, at the top, there’s a liqueur called Piarran Mist.  I can’t even start with it.  It’s…wait.  I forgot that dessert wine Verra gave me.  It’s this amazing gold color, and sweeter than should be possible without being, you know, cloying.  Um.  Gotta think about this.

If I knew what was going to happen, I’d avoid it.  But, okay, now I got the Left Hand after me, I guess I’ll have to, you know, kill a bunch of them.  Like you do.  And then maybe convince my Demon Goddess to go bug someone else.  And then have another meal at Valabar’s.  Last time I was there, they had this new dish, this seafood chowder, with shrimp, clams, lobster, spitfish, and mussels, and they did it in this broth with wine, tomato, and heavy cream, and there was parsley, garlic, rednut juice, maize, green onion, Eastern red pepper, and some things I haven’t figured out yet.  I gotta figure out what the rest of it is.  That’s my new goal in life.

Remember that high mucky-muck in the Jhereg, the guy who calls himself The Demon? Well, I don’t think I’m done with him yet.  I think we’re going to have words.  I mean, maybe I’m wrong, but I have a feeling there’s more to that son of a bitch than I know yet.  But I will, and when I do, you will.  The other thing you should know that I never lie.  Also, wanna buy shares in the Dragon treasury?  Legit.  You can trust me.

Steven Brust was born late in the Cenozoic Era at a place a mere 238,900 miles from the lonely, harsh desolation of the moon. From the moment of his birth, he launched a study of language, facial recognition, and tool using, while simultaneously beginning an intense regime of physical fitness. He fell into a life of crime under the influence of Tuli, the Evil Dog of Evilness, a life which continued for many years. At one point, aided by Captain Blondbeard the Space Pirate Kitty, he nearly succeeded in either taking over the world or destroying the universe, the record is unclear. The plot, which featured a machine (built by a mysterious parrot known only as “Doc”) that could predict the future, failed when the machine turned out to be only able to predict the plot of action movies. This led Brust to abandon his criminal activities and begin writing science fiction and fantasy novels. Only time will tell how much lower he’ll sink.

You can find Vlad on the pages of his eponymous series, starting with Jhereg.

Join us next week to meet a boy whose life changed after being recruited by an octopus. Please follow the site by email (bottom-right) to be notified when the next interview is posted.

2 thoughts on “Vladimir Taltos (of Jhereg series, by Steven Brust)”