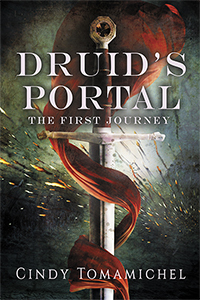 Dear readers, tonight with me is a soldier from Ancient Rome, right at the time of Commodus. He’s here to tell us about life in Roman Britain, about civilisation and and blue barbarians, and about surprising love that grew in between.

I lived on the family farm, in the foothills above Rome. Our family have farmed there since before the time of Caesar. Olive trees larger than any I have since seen, and fruits and grains that were in demand at the table of Apicius. So my Grandmother told me.

Toys? I was my Fathers only son, and expected to follow in his footsteps. My toys were weapons, a wooden sword I splintered with usage, a shield I scrawled the wolf of Rome on, and pretended to be a soldier repelling Hannibal.

And yet I well remember those long days of Summer when I ran hunting wild goats with the sons of slaves, the smell of crushed herbs underfoot. The heat of the sun is a welcome memory, for the sun in Britannia is never so warm as that of Rome.

Aye, that is a tale long in the telling. For once I was a soldier of Rome, fighting the blue painted barbarians in this chill island of Britannia. The excesses of the emperor Commodus sickened me, and with my family gone, I left Rome. I served the Empire in the forts along Hadrian’s Wall, training men to fight, and bringing Roman civilization to a land of barbarians. I expected little else, and my life was filled with the sounds of fighting, and drinking to forget the faces of the men that I met in battle.

Yet that all changed, for on the verge of being killed by the Celts, I was rescued by a flame haired Goddess. Yes, after Janet appeared in my life, nothing was ever the same. I soon realized that protecting her was worth more to me than even my duty to Rome. She had enemies that wished her dead, and a bold spirit that leaps into adventure. I had my hands full – in many ways- keeping her safe. Roman Britain and the borderlands of Hadrian’s Wall was not a safe time or place for anyone.

Many may doubt the truth of the tale told in Druid’s Portal. I would think it a story told by someone addled by druid herbs if I had not lived it myself. Janet is – and I doubted it at first – a person from the far distant future, a time when Rome is but a tale told in schools, and Latin is a language of the long dead.

It is a tale not yet finished, for the machinations of the Gods continue to tangle time itself. Ancient Goddesses use mortals for their own goals, and Janet and I had to fight to stop Roman Britain becoming a bloodbath. I fear the consequences will continue to affect my family.

What did you first think when Janet arrived from the future?

I had very little time for thinking – we were running from a band of Celtic barbarians who had prepared me for sacrifice. My injuries would have been enough to kill me, if Janet had not been there at my side. But travelling in time? I thought she was mad, nay even lack witted, an opinion I should have kept to myself.

For many years after the death of my family I sought death on the fields of battle – facing foes across the empire. Yet nothing scared me more than when I feared Janet would die at the hands of a madman.

A man finds out what he is during times of danger, when his own death is not the thing he fears most.

What is the worst thing about Roman Britain?

Jupiter’s beard, it is a cold place. Doing wall patrol in the winter, peering through the snow at night and listening for the sounds of Celts trying to sneak up on you and your friends.

The supply of garum is also delayed – it is a long trip from Rome by boat, and you need a lot of garum to bring savor to the bland food.

I trained boys into men, teaching them to fight, and making them into the soldiers needed by the Empire. But not all men are fighters – some are best suited as scribes or engineers – the Roman army needs all types. To bring a boy into the army, and give him a career that leads to citizenship – that was something I was proud to do.

I live and work alongside many natives of Britannia, and best amongst these are Branwen and her sons – Brack and Quintus. Good lads, and both joined the army. I heard they had another brother, Phelan, the third of one birthing. Yet despite their appearance – for they are as peas in a pod – they are all different. Brack is a fighter, a leader of men, while Quintus is a learned scribe. Phelan entered service as a druid, one of the group that Rome has vowed to destroy for their power and influence.

After the death of my family, I never sought another woman. But, it seemed destiny had other plans for me – and who can refuse when a Goddess appears in your life?

Men who hurt women are not worthy of life – and Daman is one. I grant that he has been affected by evil, yet I would be failing in my duty to Rome if I did not seek to destroy him. When I first saw my beloved Janet flinch when he raised a hand to her, I vowed I would take his head from his shoulders.

Branwen has a local bath house, and it is a favourite with the men of the fort – to wash, get a massage from some of her lovely girls, and find out the latest gossip. From there I can visit a tavern and get a plate of snails in garlic, garum and wine. That makes me think of home, and I can stretch out near the fireplace with a cup of wine, and swap stories with men from many different parts of the Empire.

Favourite colour? It is not a subject that arises often in a soldiers mind. I will say now, that the sweep of flame coloured hair is enough to set my heart racing.

The future? I had thought it planned out, yet it twisted in ways I could never have imagined. I hear tell there is a new book out soon on our family – for the tale that started with Janet and I is not yet finished.

I will say that I have had to be very adaptable in my life – and learn things that still seem to me to be magic. Yet there Is still opportunity to train with weapons, and pass on dirty tricks from ancient times.

It was no mere chance that I ended up involved in the magic of the Druid’s Portal. A family secret I wished to remain untold has been the cause, and now we are all enmeshed in the tangle of the desires and ambitions of ancient Goddesses. Our family will not have peace until the curse is lifted, and the desires of Goddesses are sated.

Cindy Tomamichel is a multi-genre writer. Escape the everyday with time travel action adventure novels, scifi and fantasy stories or tranquil scenes for relaxation. Find a world where the heroines don’t wait to be rescued, and the heroes earn that title the hard way.

You can find Trajan on the pages of Druid’s Portal: The First Journey.

Join us next week to meet the a US Marine Corps gunnery sergeant, and hear about the very surprising things he found deep behind enemy lines. Please follow the site by email (bottom-right) to be notified when the next interview is posted.