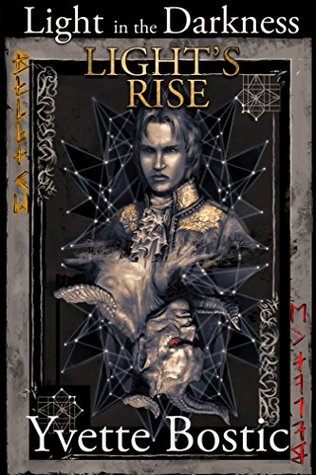 I think I have many roles. I like some of them better than others. I suppose the others I would avoid all together if I could. My role is completely opposite of everyone else. They are blessed with strength, stamina and magical powers. I was blessed with knowledge, for which I am eternally grateful. I was never very good with a sword and only barely proficient with daggers. But my eagerness to learn proved my greatest asset. I cannot manipulate magic the way Mikel or Magdelin do, but I can see the way they use it. I could spend hours watching it surround, caress and flow through my fellow council members. It dances with them as if the magic and person are one. Maybe they are. But, I digress, my job is to use this knowledge to create protective runes and enhancements for our warriors.

My latest task didn’t involve creating new runes or enhancement spells. I was a little put out at the mundane request to trail a young soldier in Austria’s Imperial Army, until I saw him disappear into the enemy camp. I know, people don’t just disappear, but he stepped into a shadow and vanished. The scout, at least I assumed as much since he was sneaking into the enemy camp, was unusually tall, with wide shoulders. It seemed impossible that someone so large was suddenly gone. Excitement flooded through me and I nearly exposed my own hiding place in my effort to follow him. I wasn’t expecting his disappearance, so I hadn’t been paying attention to whether or not any type of magic flowed around him. I fidgeted in my perch among the branches of an old tree, waiting for the soldier to reappear. For half an hour I scanned the edge of the French encampment below me. I’d nearly given up when I noticed a glimmering outline of a man pass beneath my tree. The air seemed to part around him, and I held my breath as he emerged from the shadow and reappeared. It took considerable effort on my part to not jump from the tree and question him relentlessly about his ability.

What did you first think when you finally approached the scout and asked him to join your cause?

I truly expected him to refuse. After my initial discovery, I did some research into his family. He was the only child of a minor lord. He’d been raised to blend with high society and assume responsibility of his father’s estate. His enlistment as a common soldier in the Austrian army was unusual, but it wouldn’t remove him from his familial duties should his father pass away. Despite his unique ability and how much it would benefit us, I expected him to decline my offer.

Fate had other plans for us. Darian, the young scout, witnessed his hometown being overrun by the demons we were destined to fight. I happened to follow him that day and was by his side when he saw the horned creatures leading his loved ones to their deaths. This event alone secured his decision to join our fight against the evil that threatens humanity.

What is the worst thing about being part of the Council of Light?

I think the worse thing is knowing that we will never be done with this fight. In the beginning, I believed we would defeat the demons and their Overlord. The sense of purpose, knowing I was doing something that would eventually make our world better, brought a sense of satisfaction I couldn’t get from anywhere else. Our purpose has not changed, but neither has the demonic threat.

Learning how magic works is by far the best part of my job. Each new person that joins our group brings new abilities. With new abilities comes new toys for me to create. Working with Darian has been my greatest challenge. The way he manipulates the air around him is fascinating. Not only can he use it to make himself blend with his environment, but he also uses it to direct the fire he attempts to wield. He is quickly learning to manipulate the two, forcing them to work together. Watching him mingle the two elements together is mesmerizing.

Mikel is my closest friend and leader of the Council. He and I met nearly two centuries ago as enemies, on opposite sides of the battlefield. We quickly became allies when both our armies where destroyed by demons. During our flight and subsequent stand against the creatures, we found Adalina and Magdelin. Directed by a much higher power than ourselves, our eyes were opened to exactly how severe the threat to humanity was. Since then, we’ve changed from an eccentric group of people from various parts of the world to a well-organized team. But more importantly, we are family.

Well, not officially. Of course, if Magdelin heard me…I better say yes. Apparently, I don’t do very well hiding my feelings for her. She knew long before I admitted it. According to Mikel, that’s usually the case with women.

Zar’Asur, the demonic Overlord who is the mastermind behind the cultists and demons, has been a plague on humanity for years. While I despise him, he is exactly what I expect – a demon. But even when he is not actively engaged in destroying humanity, the Csökkent continue to summon lesser demons into our world for no other purpose than destroy everything around them. I’ve never understood the cultists’ motivation. They’re human, like the rest of us. Their desire to bring that evil here is beyond my understanding.

The future is vague for us, but one thing is always constant; our fight against the Overlord. Darian’s abilities continue to evolve, and Mikel suspects he may be another Watcher. If that’s true, then the fate of our current Watcher and Sentinel is ominous. They are our strongest warriors. Their bonding enhances each of their abilities, creating an almost unstoppable force against our enemies. But there can only be one bonded pair. If Darian is truly a Watcher, a great battle looms in our future. A battle that will take the lives of our current pair.

Juana and Eli, the Watcher and Sentinel, have many secrets they have shared with me about their bonding. I believe the only reason they did was because they needed me to create enhancements for them and most recently change their bonding stones. They found a way to store their energy in the stones, but they needed something to keep it there. I watched as the tendrils of magic slipped from the stones and dissipated into the air. So, I created a binding rune that allowed their power to flow into the stone but not out. Sort of like a one-way door. They wouldn’t tell me what it was for, only that it might be useful one day. I’ve seen the stones several times since then. I don’t believe they are capable of holding any more magic.

Yvette lives in the beautiful mountains of West Virginia. For those who don’t know, West Virginia is its own state-not just the western side of Virginia. She enjoys the company of her children who are reluctantly moving into adulthood; her ever patient husband who believes she’s lost in her computer; and three dogs who are the only ones who can drag her away from writing-mostly because she has no desire to clean up their mess. When she isn’t writing, she has a regular full time job and responsibilities, but hopes to one day break away from the mold of boredom and make writing her new career.

You can find Raphael on the pages of Light’s Rise, and the continuing Light in the Darkness series.

Join us next week to meet a time-travelling soldier from Roman Britain. Please follow the site by email (bottom-right) to be notified when the next interview is posted.