Coppélia (of The Girl With Acrylic Eyes, by Greg Krojac) 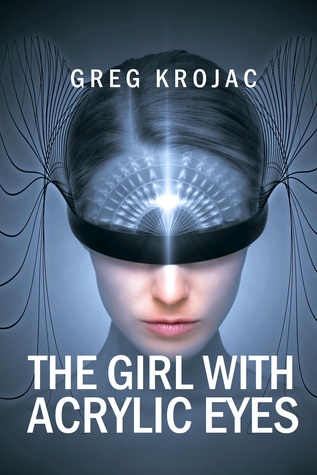 Dear readers, tonight with me is an android from the early 22nd century.

She is here to tell us about life in the future, about the place of android in human society – from various assistants to sex-bots. She is currently evaluating her purpose in life, and what makes her different from both humans and other androids.

You have an unusual name, Coppélia. Do you know why you were given that name?

I’m named after a character in the ballet Coppélia, a life-size and lifelike mechanical doll. I suppose that’s how some people might describe me, since I’m an android.

I didn’t grow up. From what my human friends have told me, I think I would like to have had a childhood, but I was constructed in a laboratory. I don’t think humans would like to grow up in such an environment – there were no toys and nobody to be friends with, just assembly equipment and technicians.

Do you want to be human?

Not really. Why should I? I’m far more durable than any human and my physical abilities outweigh those of humans. My needs are fewer than those of humans – I don’t need oxygen as I don’t breathe, and I don’t need food or water as I draw my power from solar energy. Physically, humans are weaker than I am. I can’t see any advantage in trading in my nano-coated silicon carbide fibre reinforced composite body for an organic one.

I’ve had lots of jobs. I’ve done everything from working in a bar, to an assistant nurse in a hospital. I’ve worked as a travel guide in foreign countries. I’ve taught in schools and have worked as a sales representative. Basically, I’ve worked anywhere that allows me to interact with humans. My most recent job was as a sexbot. However, I said ‘no’ and ran away. That’s how I met my friend Karen.

What did you first think when you first met Detective Inspector Karen Chambers?

I was a little nervous and wasn’t very talkative. I had said no, and sexbots aren’t allowed to say no. I’m programmed to comply with a human’s order. I broke the Second Law. It was a new experience for me and I didn’t know how human society would react.

My programming is restricted so that I don’t feel strong and potentially destructive negative emotions like anger, hatred, jealousy, or panic. I don’t feel fear but I do experience wariness. That’s necessary for self-preservation, whether you’re android or human. Neither of us should take unnecessary risks – although, of course,  I can calculate those risks more quickly and efficiently than a human can.

What is the worst thing about being an android?

For me personally? Not knowing my real purpose. I don’t know yet why I was built and why I am so different from other androids. Karen says I have more chance of finding out my purpose than humans do.

To be honest, I like meeting and interacting with humans. I actually feel I have more in common with them than other androids, and it gives me an opportunity to learn. I like learning and experiencing new things, rather than just downloading the information.

Detective Inspector Karen Chambers is my best friend. She’s in charge of the Sexdroid Unit of the New Metropolitan Vice Squad. They check that all sexbots are licensed and that kindbots (child sexbots) are only used for therapeutic purposes by licensed psychotherapists in strict accordance with the Kindbot Regulation Act. That’s the most important part of her job; human children’s care and well-being are society’s number one priority. She’s a good friend; she’s going to help me find out why I was created.

Just as I’m programmed not to hate, I think I’m probably not programmed to love either – as it’s a strong emotion. But it’s a positive emotion and Karen says that humans can’t explain what love really is either, so I don’t know if I will recognize it if it ever happens to me anyway.

As I said before, I don’t hate anyone. I can’t – I’m programmed not to hate anyone. However, I can dislike people’s actions and I base my own subsequent reactions upon my evaluation of their behaviour.

I don’t know. Nobody can tell the future. I hope that I can discover the reason why I was created and by whom. That’s what I really want to know.

Karen’s the only person that knows that I fart. That’s what she calls it anyway. It’s actually the disposal of waste gas that’s produced when I eat human food (I don’t require food as sustenance but sometimes eat it when required in certain social situations). She says that’s what farting is.

Greg is a TEFL teacher in Brazil, who spends his spare time writing science fiction novels. The Girl With Acrylic Eyes is his sixth scifi book and there are plenty more to come.

You can find Coppélia on the pages of the just released The Girl With Acrylic Eyes.

Join us next week to meet a man from another world, torn between heroism and rebellion. Please follow the site by email (bottom-right) to be notified when the next interview is posted.