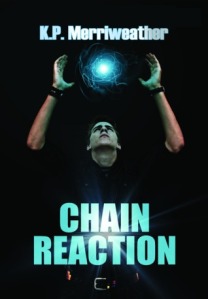 Dear readers, tonight with us is a young man hiding a terrible past – and suffering debilitating headaches because of it.

What was it like when you were forced to face your own denial of your past?

I freaked out and to deal with it, started using Silver Snow, a synthetic drug made to mimic Neuralgine. It’s a real nasty downer – you feel no pain on it though, but then you start seeing things that really mess your head up. Originally it’s made to help you forget traumatic experiences… There’s plenty I’d rather not recall. It gives me enough freaky dreams as it is.

What IS the Divinity Project?

The Divinity Project is a new version of the old CENTRA program, or the Cybernetically Enhanced Neurotechnological Replicant Application. It’s a government program used to replace soldiers in war. They’re Combat Androids.

What was the scariest point in your adventures?

The scariest point was being locked up in The Center. It’s a horrible facility to be in. I’d probably sound crazy if I tried describing what it was like being in there. A lot of Defense Force veterans end up there. You don’t come out the same, despite what’s been reported to the public.

I work for a group of hardcore conscientious objectors who are trying to dismantle the newest iteration of the CENTRA program, so right now the future looks bleak. Fighting The Agency is a big undertaking. Most of us are formerly involved in the old Advanced Defense Research Projects Network. Termination is a serious thing.

KP Merriweather ignores the haters and naysayers while churning out literary pulp and epic saga doorstoppers in fantasy, science fiction, and psychological thriller genres. When not enjoying a tom collins or two and writing, she programs retro games for Windows and Android. You can find Erik on the pages of Chain Reaction and the rest of The Agency series.

Next week we will leave our couch and visit Amsterdam, to meet a notorious international assassin and her blind boyfriend. Please follow the site by email (bottom-right), via Twitter or like our Facebook page to be notified when the next interview is posted.