David Grey (of the Battle Avatars series, by Ed White)

Dear readers, tonight with us is a man on his deathbed. His only hope for a cure is to quit his job and enter a fantasy computer game full-time, where he must battle murderous invaders threatening to devastate the lands.

I grew up in Connecticut, with my older sister, mom, and dad. Winters are cold and summers are mild, full of games and adventures I played with my best bud Jonesy and our neighborhood friends. Our neighborhood wasn’t in Connecticut, it was anywhere we wanted it to be—alien worlds, vast jungles, lost civilizations, and home base. My house tended to be where everyone gathered and I was inside that we played our video games, thanks to a sweet setup built by my dad. From the ancient portal of my living room, we entered even more far away worlds, whether they were in a galaxy far, far away, or in a virtual world—which became all the rage as we left for college.

Action figures were on the way out when I was born, so Jonesy and I pretty much played video games, watched movies and anime every chance we got.

Our favorite game to play was the Rebel Lion: we started when we entered college and played the entire time. Sadly, life gets in the way and we don’t see each other much anymore.

My sister and I are very close. My dad—an IT guy—would find us hacks online to use in our video games. He didn’t play very much, but said his friends played tabletop games when they were young. My mom is a retired reporter, she would travel for stories, but I don’t remember her being away that often—maybe because I was playing games so much and with dad’s tech, she was always in contact with us.

Some of the best memories are playing Rebel Lion in VR—that just seems timeless, not the because of the virtual reality, and even if they say time flies when you’re having fun. My childhood seemed to have been forever, but that was eighteen years—we were only in college four years and it felt longer, much longer. Those were good times.

What I did until a few days ago, was work as a salesman for United Foods. The company was bought by a larger corporation and I saw that as my opportunity to get the hell out of there, taking a job with the Conglomerate for Gaea’s Greater Good. They run the Lenscape Online Game and took me on a probational role as a game moderator, within the Lenscape, looking for hackers. I didn’t trust them at first, still not sure about them, but I’m sick and they’ve promised a cure by cultivating (channeling life force) to purify my body from within Lenscape.

What can you tell us about hunting hackers?

These “hackers”, they’re not hackers. Something else is going on. How does cultivating inside a game like a Kungfu master heal my body in the real world? I’m not sure how I’m supposed to find the hacker or hackers, but I’m enjoying the ride—battling random monsters and a whole mess of ice-age creatures. That’s right up my alley: exploring the ancient Earth during the twilight years of Atlantis. Megaliths and standing stones, ley energy and mythic creatures are a passion of mine—I’ve got tons of books on it, brought home by my mom from her trips.

Beatrice Taylor (of Guild of Tokens, by Jon Auerbach)

Dear readers. tonight with me is a master alchemist. She is mentoring another young woman, and is here to tell us about college quest games and telepathic apples.

It was terrible. Next question.

Cherished memories? The few moments when I wasn’t hiding in fear from my mother’s drunken boyfriend.

If you ask my husband, he’ll tell you I run a successful tutoring business, but in reality, I’m a full-time alchemist/quester.

You do know what the Quest Board is, right?

The Quest Board is a message board buried in the bowels of the Internet where people post real-life Quests to complete in exchange for tokens. Get enough tokens, and you level up. The purpose? To dig up and grind out the last traces of magic left in the world for the upper crust. Most Questers spend their entire lives scrounging up enough tokens to earn a couple of bronze tokens, which they pass on to their children so that they can repeat the same thing.

But not me. I discovered the truth early on. So I forged my own path. I learnt the secrets of alchemy and magic, and made coin doing it.

My alchemic buffs range from low-level Adderrall substitutes that I sell to college students to the actual full-strength version that will make you so focused on your task that you’ll probably forget to eat for several days. Or one that will make you feel like you’ve just had the best nap of your life even if you’ve logged three all-nighters in a row.

It’s what I call my alchemic gummies. They give you a boost when you eat one, depending on what type. There’s strength, vitality, focus, and speed, plus some other ones that I can’t quite reveal just yet.

I’m a seasoned solo Quester but the Council’s Raids require a partner. So far, I’ve had a bad string of luck with my trainees. They either don’t respect me or become obsessed with me or try to kill me. Sometimes all three. It was a stroke of luck that I stumbled upon my newest trainee, Jen Jacobs, after she succeeded in fetching a particular batch of apples that when eaten, allow you to read someone’s mind. 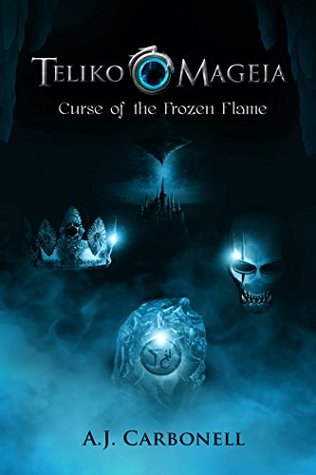 Dear readers, tonight we bring you an interview from across dimensions. This interview was conducted by a fellow researcher into the nature of magick. He was fortunate enough to run into a fierce warrior, specialist in fire. Read on to find out a world most of us will only see in Japanese manga and role-playing games.

Hello, Jael. I am Melchior from the kingdom of Anithelis. I am currently travelling around the world studying about the history of Magick. I understand that you are resting after a fierce battle, but do you mind answering a few questions for my research?

No worries. I love interviews. I’ll answer everything you have for me.

Can you tell me about growing up in Bristal?

I had a nomad’s life I would say. Well, I only had Frekkis by my side as we traversed through woods, villages, and whatnot. Most of my time growing up was running errands, accepting hunts and requests from clients.

It wasn’t a childhood worth imagining. But hey, it did play a key role in developing my magick further.

Do you have any cherished memories?

Cherished memories? I never had the luxury of time, nor the ability to think of any. The only thing valuable I had with me was this necklace. However, if magick is included in this category then yes, I only had my flames with me. Ha ha ha!

I’ll let you in a little secret…

Aside from attending interviews such as this one, I am still busy trying to find about my mysterious past. Surprise! You didn’t expect that did you?

Well, it was nowhere near easy, and I was hoping my questions would be answered there. Yes, that’s the queen’s castle. END_OF_DOCUMENT_TOKEN_TO_BE_REPLACED