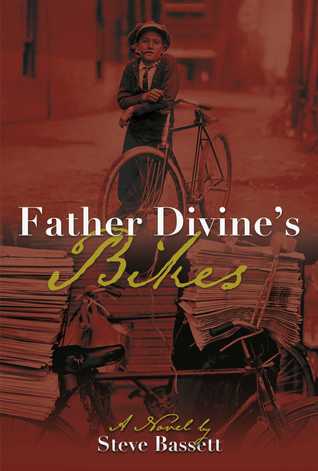 Dear readers, tonight with me is a police lieutenant from 1945 Newark, New Jersey. He’s here to tell us of the dark underbelly of a city that boomed during World War II but finds itself unable to cope with the peace that brings joblessness, despair and crime.

I was born and raised in Newark, New Jersey. The sole child of first generation Italian immigrants, Angelo and Angelica Cisco. My father was a stevedore working the Port Newark docks, having turned his back on the easy money offered by an Italian mafia that began to strangle the city.

Like most immigrants’ kids, I got to know the city’s streets, empty lots and back alleys very well. They were our playground.

I love the street sports, stickball and stoopball were my favorites. And they were cheap, we could all come up with the loose change needed for pink high-bouncers which were really the inner lining of tennis balls. You could find broom handles anywhere. I had a strong left arm and could really wing a bouncer off a stoop. I hardly ever lost a stoopball game.

I’m a newly minted homicide detective moving over from the burglary detail during a shake-up of the police department by Mayor Vincent Murphy. I’m a cop, not by choice, but by circumstances including my marriage to Constance Margotta. This killed any chance to pursue the career I really wanted, art critic or curator.

What can you tell us about your latest cases?

Right now, my partner, Sergeant Kevin McClosky, and I have two murders on our hands, a recently arrived hooker and her pimp, killed in a tenement apartment, the obvious work of professionals. And a Mafia soldier found at the bottom of the Passaic River with two bullets in his head.

And if that’s not enough, control of the numbers racket in Newark has led to open warfare between the Italian and Jewish mobs, who are now recruiting newsboys as numbers runners.

What did you first think when you discovered they were using newspaper boys?

Joey and Richie are being thrown into a battle zone where neither mob is going to give an inch. Gambling is not a homicide matter, it’s a problem for a corrupt Vice Squad that everyone knows is being paid off. I had run some numbers myself as a kid and knew from the start it wasn’t a game. I don’t think Joey and Richie realize the danger, and with my partner urging me to back off, I decided to yank them out before it’s too late.

What is the worst thing in your cases?

It was our second homicide case, and it was ugly. We were called to a tenement apartment in the rough Ironbound district where violence is an accepted part of everyday life. We found a beautiful blonde, blue-eyed little girl lying dead in a pool of blood on the bathroom floor. Her dead, almost-naked mother was in the bathtub, her bruised and bloody face under a dripping faucet.

In the kitchen, the drunken father was sobbing with his head on the table and saying, ‘The devil made me do it, the devil made me do it.’ I lost all control. I don’t know how far I would have gone, but I feel strongly that if Kevin hadn’t stopped me, I might have killed him.

What is the worst thing about your job?

As a homicide detective I learned how raw and primitive people can be. And, when you come right down to it, how primitive the tools you are given to keep chaos under control. There’s always temptation to bend the rules, to turn rogue cop, because following the rules doesn’t make any sense when the enemy has no rules.

I’ve been on the force for more than twenty years, and for the past two years, how can I say it, I’ve become deeply entrapped in an adulterous relationship that threatens not only my marriage but has placed my entire life under a dark cloud. I’ve never been a player and had always found it easy to condemn other cops who sampled the easy sexual pickings that came our way simply because we have a uniform or detective shield. That all changed the first time I saw Grace DeMarco in the County Clerk’s office.

Given the double-standard I’ve created for myself, my marriage to a woman I deeply love and I know loves me in return, and my sexual addiction to Grace, how can I in good conscience cast any judgment when it comes to the human debris who notarize my paycheck.

In my next book, “Payback – A Love Story,”  I am now acting homicide chief, and with my partner, Kevin, we are seduced by promises of promotion, but only if we turn rogue to solve three grisly murders. Two mutilated bodies were pulled from the putrid Passaic River, and the hacked-off arm of a third man was found neatly wrapped and tied at the city dump. The three victims were members of the German-American Bund, Hitler lovers who had to pay the price for supporting a murderous madman. Someone was sending a message that only revenge could clear the mind and free the soul. It didn’t take long for us to see that we were in over our heads.

The three murders could not have come at a worse time for me. My wife, Connie, has left me, and my close-knit Catholic family has disowned me. I know that on any day Grace can walk out of my life. Now Kevin and I find ourselves grappling with ambition, greed, racial tension, international intrigue, and a powerful church on the take.

Steve Bassett was born, raised and educated in New Jersey, and, although far removed during a career as a multiple award-winning journalist, he has always been proud of the sobriquet Jersey Guy. He has been legally blind for almost a decade but hasn’t let this slow him down. Polish on his mother’s side and Montenegrin on his father’s, with grandparents who spoke little or no English, his early outlook was ethnic and suspicious.

You can find Nick on the pages of Father Divine’s Bikes.

Join us next week to meet an intergalactic admiral and a commercial telepath. Please follow the site by email (bottom-right) to be notified when the next interview is posted.