Tilla (of the Medicus Roman Mysteries series, by Ruth Downie) 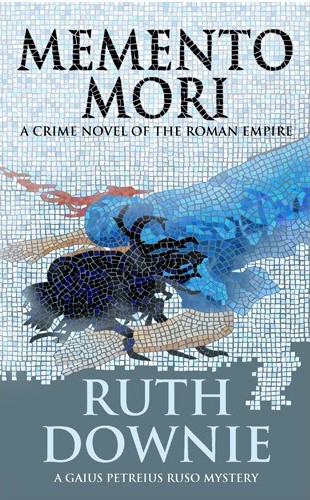 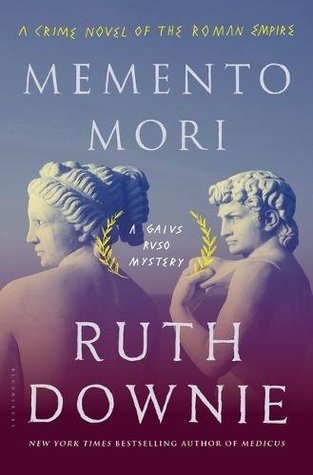 Dear readers, tonight with me is the wife of an officer in Hadrian’s legions. We have interviewed her husband before, but we thought it only fair that we give her a voice too.

Born as Darlughdacha of the Corionotatae (really, she’s not quite sure why people prefer ‘Tilla’), on the furthest reaches of the Roman empire. Though married to a Roman officer, she is a healer (and now a Roman citizen) in her own right.

She is here to tell us about life bridging the British and Roman worlds.

This interview celebrates the release of Memento Mori, the 8th volume in the acclaimed Medicus series, which we’re just nuts about.

Well, it was NOT “some flea-bitten outpost beyond the last supply depot”, no matter what my husband’s friend might tell you.  One of the things I’ve learned about Romans is that they’re very good at having opinions on things they know nothing about.

Our farm used to overlook a beautiful wide river valley. I say ‘used to’ because there’s hardly a trace of any buildings there now. Sometimes when I listen to our old neighbours complaining about the emperor’s Great Wall across the land, I want to say to them, well at least you’ll never have to worry about the northerners coming in the night to steal your cattle and burn your house down, will you? But I‘ve learned to keep quiet.  Roman soldiers have a nasty habit of setting light to things, too. Which can be very awkward when you’re married to one of them.

I try not to think about when I was a child, because then I think about my brothers, and I start to wonder about the men they would have grown into and the girls they would have married and all the nieces and nephews that will never be, and as our Mam used to say, Nobody likes a girl who feels sorry for herself. I used to find that very annoying at the time, but it’s true.

Ah. Even though I was the one who wanted the baby, I didn’t mean I wanted to have to look after her all day and all night, all the time. Sometimes it’s nice to think about something else. Sometimes it’s nice to get all the way to the end of a conversation without having to stop and wipe up somebody’s dribble or pat them on the bottom. So it’s much better now we have a babyminder.  I can go out and earn some money helping deliver other people’s babies, and when I’m not doing that I’m free to help my husband when he gets himself into trouble. Which he’s quite good at.

We were asked to rush south to the spa town of Aquae Sulis, because my husband’s best friend was accused of murder. Really I think it was just my husband who was asked, but I guessed he would need some help, and I couldn’t leave the baby behind, so we all went.

What did you first think when you heard that Valens was accused of murdering his wife?

I would like to say it was the terrible thing that happened when my husband went missing, and that was indeed very frightening. But so was being tied up in a shed and lying awake listening to the rats. Of course I didn’t know my husband was going to go missing at the time. Perhaps that’s just as well. Is it possible to die of fright? I don’t want to find out.

What is the worst thing about being married to a doctor?

Usually it would be the people calling on him at strange hours, or the peculiar smells when he boils up medicines, or the disgusting topics of conversation. But the worst thing about being married to this doctor is the constant moving house. I thought things would improve when he left the Army, but we still don’t have a cow or even a vegetable patch.

I have seen parts of the world none of my own people will ever see. That is how I know that Britannia is best.

Beer, blue sky (rare and precious in my homeland) and singing songs about the great victories of my ancestors. My husband complains that the songs are very long, but my people have a lot of ancestors. We also had a lot of victories—until the Romans turned up. That is why we keep the memories alive: our children need to know where they come from, and that our land has not always been occupied by men from Rome.

I’d like to say a cow, a sunny vegetable patch and perhaps another baby. But I expect it will just be more packing and unpacking and getting my husband out of trouble.

I could, but once something is written down you never know who will find it and read it. That is why my people only pass on their secrets by word of mouth. So, do you promise not to write anything? Good. Come and sit beside me and I’ll whisper…

Ruth Downie read far too much Jane Austen at University, and ended up with an English degree and a plan to get married and live happily ever after. She took up writing fiction when she realized that she could make absolutely anything happen using only a piece of paper and a biro.

Her murder mysteries are mostly set in Roman Britain, because she’s fascinated by the idea of her ancestors living in the wild west of someone else’s empire. MEMENTO MORI, her eighth novel about a Roman army medic called Ruso and his British partner Tilla, is published in March 2018.

Join us next week to meet a the captain of a mercenary team. Please follow the site by email (bottom-right) to be notified when the next interview is posted.