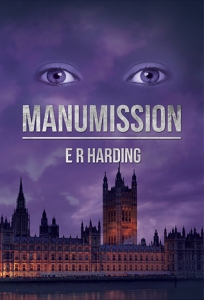 Dear readers, tonight on the interview couch is a man objecting to immortality.

In a world where a person’s consciousness can be transferred to another bio-frame, the corporation that controls this is king. He believes, like some, that the Metaform is the greatest threat to humanity in its authentic, natural and biological state.

He is here to tell us of his adventures.

I grew up on part of Errik’s estate that was always called the Camp, or the Church. My Dad was a militant activist and he started the Soul Defence Force when he was quite young. My mum left when I was still a kid, so I don’t remember her, but dad was pretty mean and belted me a lot. I had a lot of mates growing up, and I was quite happy. Of course it was different when I got older. It was a lot less fun, and much harder work.

I didn’t have toys. I mean, I might have done when I was a baby, but I don’t remember them if I did. Life was all about training, and as soon as I was old enough, I was out on raids with the older lads.

Life’s good now. I have enhanced intelligence, which means I learn stuff instantly and I never forget anything. I also have a really long projected lifespan, potentially unlimited actually, because when this bio-frame wears out I’ll buy another one. The life of a millionaire playboy could get a bit dull though, maybe. Oh yeah, there’s nothing to complain about now. Not really.

I’m having a problem with Errik, which is no surprise. It’s funny that I don’t hate the old git, because I bloody well ought to. At the moment I’m trying to find a spare bio-frame to download him into. And spare bio-frames are hard to find. They cost an absolute fortune, even if I could even get one made.

I met Meilinn recently, and I was pretty impressed. You ought to meet Mei. When I say I’ve got enhanced intelligence, it’s nothing compared with hers, and she doesn’t even need a body at all, though she’s using one at the moment. She’s nice too. I mean, she’s getting a bit weird now, like I don’t think Mei finds it easy to talk to humans any more, but she likes people, that’s the thing.

What did you first think when you were told you’d have to seduce a bio-frame female?

Oh, that was scary, Susan’s no fool. She’s amazing looking, as tall as me, but totally like a girl, you know? And those orange eyes! I must look her up later. I wonder if she got in trouble for helping out? Errik was going to pay her off, but he didn’t like her much, and I don’t think he was being fair. She was so lonely; I could feel it, and it was dead flattering, you know, being looked at like that. Yeah, she was nice.

Being uploaded by the police was bloody terrifying. I didn’t know what was going to happen, but I was so scared they’d drive me insane, because there was nothing I could do about it. I never, ever want to be that helpless again.

What is the worst thing about being a bio-frame?

Mostly it’s good, though sometimes I do remember what it was like to be properly human. Normal people just get up and do stuff; eat, talk, run and stuff, but as a bio-mechanical, it’s different. Things aren’t harder to do, they just don’t quite feel natural. There’s a faint delay, or a feeling of detachment. It’s like false teeth, I guess – they work ok, but I’ll always miss my old, real body.

Practically everything’s better. I’m stronger and smarter, I have at least a 300 year projected lifespan. I do miss being organic though, I admit, because I was 26 years old and dead fit before my download, but until you’ve tried it you’ll never understand how liberating it is to have absolutely no health worries, ever!

You know, I used to have loads of friends, and now I haven’t really got any. Until my download, my best mate was Jared, and we did nearly everything together. Well, when we weren’t on duty, that is. I was Jaz’s superior officer, so I couldn’t show any favouritism when we were working, but off duty he was a brilliant laugh. I wish I knew what happened to him. Errik would know, but he’s not telling. Errik’s still around. He’s always around and I’m used to him, but maybe one day…

Ha! Not now. Susan was the most intense woman I’ve ever met, and I’m still tempted to track her down, but I doubt if she’d want anything to do with me. I didn’t just lie to her; Errik and I made up an entire world and she believed us, the poor cow. It’s still almost worth the grief though, just to see if I can bring her round.

That Metaform. I don’t know if it’s gone, but I’ll bet everything I own that it’s still out there, and it’s dangerous. It hated humans. In case you’ve been underground for the last fifty years, the Metaform was the computer in orbit that stored practically everyone’s minds. No-one knows what happened, and I only felt it just before it went quiet, but it was the sheer arrogant superiority of it that made me so angry. I just want to hunt it down and make it notice me before I destroy it.

We don’t have much of a sense of taste. Bio-frames are completely anosmic – we have no sense of smell – and we can’t taste much either. I eat more for texture than anything else, and to keep my strength up. I could do without food altogether and just use an automated supplement, but the habit of eating and drinking is a hard one to kick. I used to ride horses, but I’m too heavy now, so I fly competitively. I’ve always loved flying, and now I have squillions in the bank I’m getting pretty good at it. Orange is my fave colour. Nothing to do with the colour of Susan’s eyes, just a coincidence. Ermm, do you think she’ll read this?

I needed a bit of a break recently. Things all got a bit weird in my head, but I’ve never been neurotic, so I’m getting over that now. What I really want to do is track down the Metaform and take it down, but I reckon it would need a bigger bank balance than I’ve got, so I’m looking for a partner. Meilinn says the Metaform’s female, and she wants it brought down even more than I do. Mei and I could be a good team. Oh, all right, I suppose I ought to be honest: Mei doesn’t need me at all, but she might let me tag along.

It’s not over. Meilinn says that damn Metaform left Earth because it wanted to evolve beyond its creators, but it won’t be happy knowing the spread of humanity’s going on behind its back. She says it’ll be back to exterminate us, so we’d better be ready for it, and Meilinn really knows her stuff, so I think it’s time to worry.

Mind you, it might depend on Connor. Mei reckons she can sense him again, and that changes things, because it means he didn’t get absorbed into the mainframe the way she thought he had. Anyway, there’ll be a lot more about in it in ‘Remission,’ which is the sequel.

ER Harding likes science fiction, reading, animals, science, peace and quiet and chocolate. Much like any other middle-aged author, really.

You can find Gabriel on the pages of Manumission.

Join us next week to meet a young woman helping her best friend to fight demons. Please follow the site by email (bottom-right), via Twitter, or like our Facebook page to be notified when the next interview is posted.