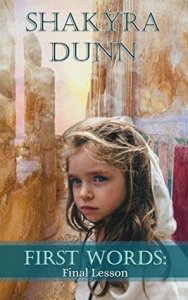 Dear readers, tonight with me is the sole heir to the throne of the kingdom of Linmus. However, being the illegitimate son of a mage and a human makes life complicated.

He’s here to tell us about his quest to resume the throne and restore his kingdom to its former glory.

I was born in the kingdom of Linmus within the world of Adrylis, sole heir to the throne. Linmus itself is rather unique from the nature-inclined world, as we have more industrial landscapes. The castle? Extravagant on the outside, vibrant and full of life due to those that walk along the polished floors, but no different from a prison, at least for me. But that is particularly because of my lineage, and I’m not referring to the royal title.

In addition to being a prince, I am what you would call a Bloodlinch, so growing up wasn’t easy no matter how you swing it. A Bloodlinch is the illegitimate child of a prolific mage and an average human, my mother and father respectively. I didn’t really have any toys or games that I liked to play, and my favorite pastime was probably when I got to leave the castle. I was always running away from the servant that was sent to watch over me, and I would hide in the local pastry shop. I got punished a lot by my mother for it, but it was because of that reckless behavior that I later met my best friend Solus.

Right now, I’ve been spirited away from my kingdom due to its destruction and forced to conceal my true identity from those that seek my head. Solus and I were the only ones to escape, and our goal is to ensure that we can restore Linmus to its former glory.

Adrylis is in crisis, war at the doorstep of the kingdom of Linmus, and I am now racked with vengeance towards the terrorists that unraveled everything that I have ever known. I am all that is left to carry Linmus—to carry Adrylis—to retribution. But now I’m not alone. Not only do I have Solus, I also have Leilana Erovina, an Arcana (mage) training to become a Warlord, and a bow-wielding apothecary from a farming town named Sien Kaiser. Together, we will weave the threads of a new destiny.

What did you first think when your parents died?

When my kingdom was first destroyed, and my parents were caught in the crossfire, I didn’t know what to think. I was numb. I don’t even remember crying. I never cried much at all after that—my resolve to fix things had become too strong. My life wasn’t over. It had only just begun. When I first met Leilana, I didn’t want to let someone from the outside in to swallow up my problems. She had things that she needed to accomplish within herself, and I couldn’t let her get involved, but she pushed herself in anyways because Solus let her. He was able to trust her when I couldn’t. There were too many differences between us. And seeing the state that Adrylis was in after I was forced out of the castle made me more anxious about what awaited me in the future. When I could become a true ruler, I wanted to see more of the world without the thought of survival at all costs. But for now, there’s nothing that I can do but fight.

The scariest thing? It’s probably when I lose control of myself, who I am as a person. My Bloodlinch powers cause me to black out, and a sinister power emerges in its place. I never remember much about what happens, but the aftermath of it always slips back in increments. Hurting my allies terrifies me. And the pain of seeing it makes me want to run.

What is the worst thing about…?

The worst thing about adventuring, wanting to restore Linmus, even if it’s the only thing on my mind, is having everyone depend on me to do it. It’s too much pressure being the Unsung King. I already have the goal because it’s all I know, but to have the world pushing me closer, getting angry if I don’t act as dignified as my father or as giving as my mother, is almost irritating.

Seeing what the world has in store for me is the best thing. There’s so much about Adrylis that I never knew, that I never believed that I would see in this lifetime. And it can only grow from here on out.

Solus Brenner is my servant, but moreover, he’s the closest friend that I have. We met when I was eleven years old, when he was crying, alone in the crowd after becoming stuck in Linmus. He didn’t remember anything about his past, but meeting each other changed us both. He can be rather… precocious, and he’s strong despite his lack of magic. I couldn’t ask for a better ally. Then there’s Leilana. She’s the youngest of us, but she’s got a will that’s damn near unbreakable. The fire in her eyes burns as hot as the passion that she possesses, and though she isn’t physically as skilled as the rest of us, her grimoire is the key to her growth. Sien, she’s a bit immature and she can be a little dense at times when it comes to expressing how she truly feels, but her wit and charm is what makes her fun to be around. I don’t think that I could ever replace her in my heart. They are my friends, and the ones that I hope to keep in my court for as long as possible.

O-Oh, um… well… I actually do have someone that I care about… her name is Amiria Farone. She’s… different, I suppose. I don’t know the right words to give her.

I never hate anyone. It’s not healthy to carry that kind of burden around, and it’s something that I’ve only learned because of Solus. I can be angry, upset, I could scream, but I could never find myself hating anyone for any reason. I don’t even know the identity of my kingdom’s arsonist, and I can’t hate him because I can’t put a face with a name if I don’t know either. And it bothers me the most that there’s no way for me to read between the lines and know the truth.

Solus and I share a mutual love for cream puffs and sitting under the waterfalls whenever we snuck out of the castle. Now that times are different, my favorite snack hasn’t changed, but sleeping under the stars makes the world seem bigger than it really is. It’s nice to feel close to everyone. Oh! And my favorite color is green!

There’s no telling what lies in the future, which is never a bad thing. Leaves an air of mystery just waiting to be uprooted.

A secret? What’s the point of it being a secret if I tell you? …All right, I guess I can share something. I guess I’m overly protective, especially of Solus, and I don’t think I know why. But I feel like there’s something more to him that I don’t get, which is strange, because I know almost everything about him. Everything that he remembers, at least. I worry that there’s something missing all the time.

Shakyra Dunn can’t stray away from the impression that there is always an adventure around every corner! When she isn’t playing the role of the Creator, she is marching through the worlds of her favorite video game characters or taking drives around her city to see the sights. Born in Chicago, Illinois, she currently resides in Cedar Rapids, Iowa, striving to experience more than the little town.

You can find Ramiel on the pages of First Words: Final Lesson. This is the prequel novella for “The Final Lesson”, coming soon.

Join us next week to meet the cook to the empire’s most notorious gourmand. Please follow the site by email (bottom-right), via Twitter, or like our Facebook page to be notified when the next interview is posted.