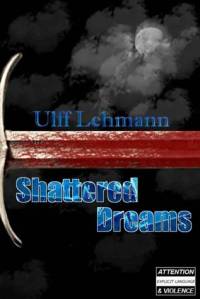 Dear readers, tonight with me is a man fighting men and demons in a world torn apart.

When war engulfs the land and an ancient evil is about to be released, gods and wizards try to intervene. Our guest was raised as a shepherd, until he found himself embroiled in their machinations – after being dead for a few days.

He is here to tell us about his world and his adventures.

I was raised by the Sons of Traksor. And before you ask, the cunts fool others into believing they were tasked by Lesganagh to guard the world against a demonic incursion. Another demonic incursion, I mean. What? Never heard of Lesganagh, have you? He’s the ruler of the gods, the Lord of Sun and War, and some say I was blessed by him as well.

Demons? Yeah, the Sons say that a hundred years ago or so, some asshole found some books in an elven ruin, and upon being promised something or other, you know how it is, power-starved bastard promises another bastard more power if they free them. So, story goes something came out the door the idiots opened. In the end the Kalduuhnean prince Tral of House Kassor beat them back. If you buy into that kind of shit.

Favorite toy? I liked the blunt sword my… da… gave me on my sixth birthday. At least I thought he was my da, bastard only pretended I was his son. Cherished memories? Amidst all the pain of being shunned by other kids, and mocked by my cousin, Dalgor, and generally being treated as an outsider, at best, yes, there were some. Anya, one of the weapons teachers, she didn’t treat me like a leper or target for whatever the others would throw at me. She took me under her wing. Felt nice not being the pariah for a change, but a student.

I’m back in the city where all my nightmares began. Saved some damsels though I’m still not quite sure they were the target of the attack. Before I came here I was hiding from my past, from what I’ve done here in Dunthiochagh. Shepherd, had my hut, a dog, and sheep, of course. It was calm.

Adventure, sounds like I had a choice. I hadn’t. It was either run or fight, and after Dunthiochagh I had sworn not to fight, so run I did. Didn’t make it far, though. Got ambushed and judging by the burial shirt I was in, and the candles around and the altar beneath me, I guess folks thought I had died. They say I was dead for a few days. Afterlife? Would’ve been nice, but I was nowhere near the godly halls. What? No idea where I was.

What did you first think when… ?

I died? I was like, thank fuck this is over, I will see Hesmera again. Hesmera? I lost her. But as I said, I did not wake up in front of the Scales which weigh every soul. I didn’t know what to think when I came to in utter darkness.

Not waking up in front of the Scales. Of course I had heard of souls damned to wander the emptiness of the heavens, but I had thought I would have time to right my wrongs. And stop saying adventure, makes it sound so pleasant and exciting. Ever been in a shield-wall? No, how about a nightmare you couldn’t wake from? Yeah? OK, so that’s my “adventure”… you’d be inclined to tell anyone asking about adventures to “Fuck off” as well, were you in my place.

What is the worst thing about…?

Being dead, I thought it would be either partying with the gods and dead friends or being judged unworthy and becoming a chamber pot or something. But there was nothing, just dark. I never minded loneliness, but being alone in nothing is a bit different from being alone in your hut. I was alone, in the dark, in a place that was more a cave than open space… dark, and cold.

I met an old comrade in arms before I left my life as shepherd. Kerral, stupid git had been made general. Couldn’t well tell him to piss off, I did that when he wanted to recruit me.

Then there’s the Chosen of Lesganagh, Kildanor. Seems a decent enough fellow. Asks a lot of questions. A Chosen? They’re kind of immortal fighters for the God of Sun and War, most of them guarded the King.

As for other friends. If I’m honest, I don’t know, and for now I’d put them in harm’s way, so I stay alone.

Yeah, me and my right hand. My life is fucked up enough with unseen and unknown enemies trying to off me, being attached to anyone is a fucking liability. The bastards caused me to kill… never mind.

What do you really hate?

Injustice in all its forms.

Milk, or tea, depending on what’s available. Yes, yes, laugh, but I’d like to see how you’d do if you had butchered an entire village in a drunken stupor. What? No, village, some thirty souls or so, swore I’d never touch alcohol again. Black, I know, it’s not really a color, but fuck those details. What relaxes me? Sharpening blades. I know, I know, it’s insane; others meditate, I sharpen blades.

I will find out why I had to kill the woman I loved. And I will make those responsible pay.

I am afraid of falling in love again. I don’t want to hurt someone who puts their trust in me. But I will do whatever is necessary to find out why I am hunted, haunted, and how I could summon my sword by merely thinking about it.

Ulff Lehman is German born, English writing author, who was raised reading almost any and everything, from the classic Greek to Roman to Germanic myths, to more appropriate fiction for children his age. He has been working on Drangar’s tale since 1993.

You can find Drangar on the pages of Shattered Dreams.

Join us next week to meet two people who started off on a simple task to find a photography studio, and found something far more sinister. Please follow the site by email (bottom-right), via Twitter, or like our Facebook page to be notified when the next interview is posted.