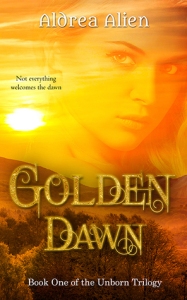 Dear readers, tonight with me is a man, a demon, straight out of hell. For over a millennium, his catchphrase is “Family and Blood”.

Called to guard a crystal, what appears to be a demotion turns out very different when Herald discovers the angelic creature trapped within it. He’s here to tell us about the difficult and dangerous decisions he had to face.

Tell us a little about where you grew up. What was it like in Hell?

I can only speak of the one place. It was a cavern, dry and hot with this red light that emanated from the very stone. There was dust everywhere my siblings and I walked, the remains of less-fortunate clans. Sometimes it was our doing. My twin, Harbinger as father called him once we reached the mortal realm, once tried to find the far walls, but we never managed to find it before it was time to return to the Haven and see if we’d another sibling to add to our numbers.

Did you have any favourite toys as a child?

Very few things were given to us and only those that had practical use. I’d a sword as soon as I could lift one, but it was no toy. The minders who raised us all… Well, we could never be entirely sure what they believed in, but Harbinger and I… We came to consensus that they knew what was beyond the doors to the Haven and wanted to prepare us. Once we left, they no longer cared. I don’t think anyone ever expected us to ever be given the means to leave Hell entirely, though.

What is your duty in the family?

As the eldest living child, it is my duty to ensure our clan stays safe. Harbinger was always a lot better at that, but I do my best to keep things under control. It’s not always so easy. They’re used to being the hunters rather than the hunted. Or even what it’s like to feed on another being. When we first ventured from Hell to the mortal realm, it was just Harbinger and I. When my brother died, no one else knew what it was truly like to live in Hell. Sometimes, I wish they had that taste, then maybe they wouldn’t be quite so reckless. But I don’t think father would agree to that measure.

What did you first think when you discovered the crystal held an angel?

“Father, what have you done, now?” I know he has done quite a few foolish things in the past, and even his own children aren’t safe from him if he’s hungry or his temper flares, but I honestly thought we were doomed. I envisioned an army descending from the skies to attack us. Fortunately, that wasn’t the case or we would’ve been taken very much unawares.

What is the worst thing about living in the mortal realm? What’s the best?

The sun. It is both a wonder and a nuisance. I remember the first time Harbinger and I saw the sunrise. We’d only been in the mortal realm for the space of a few hours and father lead us to the castle’s tallest tower. The glow of it across this world of green and browns, the pink of the sky fading to blue as the sun rises…

And yet we must be so careful to stay within the shadows during the daytime. Here is so much more beyond our valley that I can’t step into because there’s no shelter. It’s maddening.

Tell us a little about your family.

It keeps growing. I’ve lost track of exactly how many younger siblings I have, but I believe it’s in the hundreds. Father is nothing but prolific. Those that serve under me in the fortress aren’t quite as unhinged as the younger lot in the castle. There’s no point having unstable people looking after the offerings. Still, I try not to become too attached to them, at least after Harbinger died. The deaths have been less since the fortress was complete, but the fools will insist on raids even when I’ve spent so many centuries ensuring the attack on our castle is not repeated. Most of them weren’t there to understand. They think father will protect them.

I— *ahem* I’m waiting for a very special woman. You could say she is one of a kind. Before her, I kept to myself in that regard, much to my siblings’ disappointment. But when the alternatives are a sister or my father’s next meal, I found the choice of celibacy no a difficult one to choose.

What’s your opinion of your father?

I wish I’d known him before he turned, back when his love for my mother was all-consuming. There must have been something more to him than lust and greed. He’s grown more complacent since the fortress was built, but there’s always that part of him that niggles in the back of my mind when we talk. I’m sure my siblings can sense it, even the youngest ones. It’s like an idle wonder if tonight is the night he snaps and feeds on us again.

If I were to give a preference to the little I can consume, then goat’s blood is far sweeter than what we were forced to feed on in Hell. In terms of colour, I’m quite fond of gold. Nothing too gaudy. A soft, wheaten-gold, perhaps. As for a relaxing pastime… It was impossible to relax in Hell. We always had to keep moving to avoid the bigger clans. We’d sleep in shifts as there become more of us, then move again. After so many years, I guess that mentality stayed with me. My siblings would readily kick back but… I feel better doing something.

Hopefully, a chance to live without being feared. Surviving another hundred years to feel sunlight again, to see my love again, is all that consumes me now, but that really depends on the locals.

I dread the day my father finds a way to reopen the portal into Hell. When that time comes, I have no doubt that he will seek my life for what I’ve done.

She grew up on a small farm out the back blocks of a place known as Wainuiomata alongside a menagerie of animals, who are all convinced they’re just as human as the next person (especially the cats). She spent a great deal of her childhood consumed with reading every fantasy book she could get her hands on and concocting ideas about a little planet known as Thardrandia. Come her twelfth year, she discovered there was a book inside her.

Aldrea now lives in Upper Hutt, on yet another small farm with a less hectic, but still egotistical, group of animals (cats will be cats), and published the first of The Rogue King Saga in 2014. One thing she hasn’t yet found is an off switch to give her an ounce of peace from the characters plaguing her mind, a list that grows bigger every year with all of them clamouring for her to tell their story first. It’s a lot of people for one head.

You can find Herald on the pages on Golden Dawn.

Join us next week to meet a woman who suddenly found reality disintegrating around her. Please follow the site by email (bottom-right), via Twitter, or like our Facebook page to be notified when the next interview is posted.

3 thoughts on “Herald (of Golden Dawn by Aldrea Alien)”