Orion (of The Great Orion, by S.P. Joseph Lyons)

Dear readers, tonight with us is a champion from a series we’ve visited before. He’s here to tell us about dreams, death, destruction, and love.

I was born in the underbelly of the Universal arena, a place people go to fight to the death for glory. My mother had been a slave mage and had been killed when I was very young. After surviving in the shadows, and hiding from the guards, I was rescued and taken to Vestas, a place of peace. Malek, my adoptive father, raised me on that paradise world, but it was not without its own dangers.

When I was rescued, I had nothing more than the scraps of clothes on me, and an ornate cloth belt. It was my mother’s, though I remember nothing more than the blurs of colors and voices of her. I now use it to hold my swords at my side. One of my favorite things to do with my friends was race about town, to the waterfalls, then leap off! We would test one another, seeing who could do the most elaborate flips. I always won!

Now I am the champion of Vestas, warrior of the people, and protector of the planet I love. I would give my life for these people, as they once gave me my life back.

I have received some information about my father. Though I’m told he died before I was born, I know little more than that he was a great warrior himself. Legendary among the stars. I’m told he fell making a stand against the terrible Ridran, the monster who owns that cursed arena. I’m going to find out what happened. 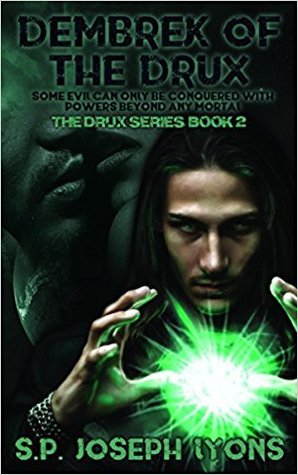 After being exiled from my home, I went to the universal Arena to become a champion. In a fight to the death, it was no easy task standing against the greatest warriors in the universe. After winning, I became a legend. I was feared in every section of the universe. I guess having these powers, and being fearless, has its advantages in battle. END_OF_DOCUMENT_TOKEN_TO_BE_REPLACED 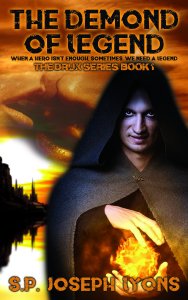 Dear readers, tonight we interview a very unique individual. You might know him as the Demond of Legend, wizard killer. But he is also known as Oreunasis, Lord of the DRUX.

He is here to tell us about the mysteries of the universe.

Tell us Demond, how does it feel to be a legend? How did you garner such an honored title? Would you prefer I call you Oreunasis?

You may call me Oreunasis as it is my true name, and I am no legend, all I have done is show the mortals that their oppressors, the wizards, can be destroyed. They then gave me this title. I did not ask for it.

And how old are you, Oreunasis?

So what is a DRUX exactly?

We DRUX are the first immortal creation of the Great Voice. We were charged with the care of the mortals in their infancy. With powers over the elements, planets, even time itself, we are able to protect the natural law of the universe. As the mortals evolved, we left them to carve out their own path among the stars, unswayed by our presence. Now, we are merely a myth to them. Stories told to their children. END_OF_DOCUMENT_TOKEN_TO_BE_REPLACED