Dear readers, tonight with us is a spunky reporter, on the front line of an alien invasion. She’s here to tell us about her friends (and what she’d do to save them), and about alien abductions (which involve more video games than you might think).

It was a pretty regular neighborhood, until I grew up and it became the site of regular abductions.

Y’know, cute suburban houses, UFOs in the form of unidentified airborne birds, because those technically count, and kids banding together to try to rescue said birds after they mashed their faces into windows, with mixed results.

It was the identified flying object that ended up making things interesting, seeing as it was a spaceship.

Did you have any favourite toys or activities that made life interesting before the spaceship showed up?

Like a lot of modern kids, I was pretty attached to my smartphone. I took pictures of everything that caught my eye, and made up news stories about them, though they almost never got published.

Most of the pictures were pretty mundane, though I did get a pretty good one when a moose wandered into our yard and my friend, Alexa, tried to check its hooves for thorns.

You know the story about the lion with a thorn in its paw? It doesn’t work as well when the lion is a moose. I had to distract it while she ran inside.

That one actually did get into the local paper, and it’s one of my proudest childhood memories. My dad got interviewed along with me, and I swear he mangled his grammar just to annoy me. He did that all the time when I was a kid; I started correcting his spelling and grammar when I was eight.

Are you still taking pictures and reporting on things now?

Most of the time I’m in front of the camera, not behind it. I mostly report on what I’m told to, but I do my best to find my own stories whenever possible.

Lately I’ve been making stories by posing as the girlfriend of an alien superhero so his equally alien rival can kidnap me instead of the real girlfriend. I don’t think Alexa would take it as well as I do.

You know, at first I thought those aliens might be goofy college kids in costumes with prosthetics, but when the kidnapper crossed a huge room in less than three seconds to prevent my experimental escape attempt, that theory got a lot weaker.

I’ve mostly been teasing an alien abductor, trying to keep everyone convinced that I’m the hero’s girlfriend without actually having to kiss him, and trying to beat said aductor’s high score on the video game he made for us.

More importantly, I’m also digging for answers to some pretty weird questions, such as why Zorei and Kadian are wearing matching ornaments, and why Zorei keeps picking fights with Kadian even though he never wins. He’s pretty smart and tech-savvy, so you’d think he could find something more fun and lucrative to do with all that skill. 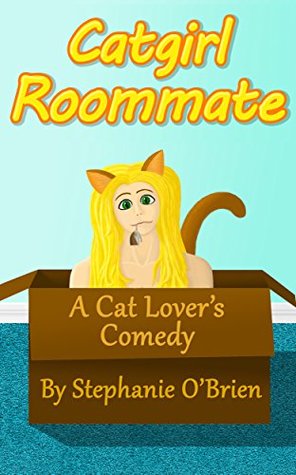 The humans complain about it sometimes, but it isn’t my fault that what they want me to do isn’t what I want to do. END_OF_DOCUMENT_TOKEN_TO_BE_REPLACED