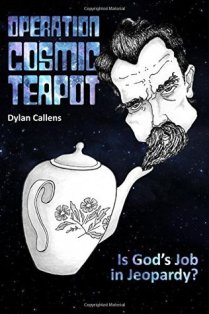 Dear readers, tonight with us is one of history’s most famous philosophers – if the not the most famous of them all. He was a philosopher, cultural critic, poet, philologist, Latin, and Greek scholar whose work has exerted a profound influence on Western philosophy and modern intellectual history.

He’s here to tell us about his seminal work about religion and god – and what happened to him after death.

I grew up in a small German Village named Rocken with my family.  It was pleasant.  My Dad was kind of a hero in the village, being the pastor.  Then he suddenly died when I was six.  Six months after that, my little brother died.  I couldn’t understand what was happening to my family at the time, but it did seem to be a glimpse into the chaos that was life.

After that, we had to leave Rocken because the house was paid for by the church.  So, my mom took my sister and I to Naumberg.  We lived with two of my aunts and Grandma.  That is, until I was sent to boarding school.

Toys?  Hahaha, who has time for toys?  My favorite items as a child were pens and paper.  I always knew that I would be an intellectual of some kind.

As for cherished memories, I suppose there is one that I would call ironic and amusing.  My baptismal prayer included a line from Luke 1 and asked the question, “What child is this?”  Of course, the answer that many people now know, is that I am the one who will question the validity of religion.  Later in my own writing you will see that I called myself the Antichrist.  But probably not in the way that you would normally think of antichrists.

Currently I am the CEO for Heaven Inc.  I know, it’s an ironic job to hold, given my feelings on religion.  But my life really is filled with irony.  My job is to make sure that Heaven’s call center runs smoothly.  It hasn’t, though.  END_OF_DOCUMENT_TOKEN_TO_BE_REPLACED