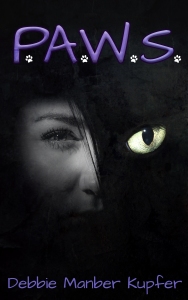 Dear readers, tonight with me is a young woman, who following her grandmother’s death had uncovered some dark family secrets. Forced into a boarding school and taunted by bullies, her heirloom opens new possibilities for her.

What do you remember of your parents and grandmother? Was there ever a clue that your family might be different?

I was brought up by my omama (grandmother) Celia Katz. My mother Nora left me with her wrapped in a blue shawl shortly after I was born and I’ve never seen her since. I don’t know who my father was.

It doesn’t matter though as I loved growing up with Omama. She came originally from Vienna and used to make these wonderful Viennese cakes. When I think back to it I think maybe there was magic in those desserts – I’ve tried to bake cakes like hers and never succeeded. I miss Omama a lot. She died on my tenth birthday.

Did you have a favorite book growing up?

I love to read and borrowed many books from my local library in the Lower East Side of Manhattan. I had very few of my own, but my favorite has always been Alice’s Adventures in Wonderland by Lewis Carroll. I can virtually recite that book by heart as I’ve read it so many times and when I was small I would sometimes act out the story with my best friend, Jenny.

What is the history behind your grandmother’s amulet?

When Omama passed me her silver cat charm just before she died she didn’t share its history, but I suspect that it was the charm that saved my Omama from the Nazis in Vienna. It’s certainly making my life a whole lot more interesting.

How was the first time you found out you could turn into a cat? How does it feel?

The first time I shifted was while I was living at the Saul Emmanuel Academy, a private school that my uncle and aunt sent me to. They’ve never wanted kids of their own and thought having me around would cramp their style. Still they have plenty of money, so sent me to a very exclusive school.

I hated it! I didn’t fit in at Saul Emmanuel and the other kids constantly bullied me. One day a group of girls chased me up into a tree at the far end of the grounds of the academy. I was scared and I felt the charm around my neck grow warm. When I looked down the green eyes of the cat amulet were glowing and my body started to contract. I had no idea at first what was happening to me and I couldn’t control the change, but it allowed me to escape from the bullies and then I had some fun pelting them with acorns from the large oak tree in which I was hidden.

From the beginning it felt that I was meant to be a cat shapeshifter. The form felt natural even though I wasn’t 100% agile like a cat at the first (I still don’t always land on my feet). Nowadays I rarely spend a day without changing forms, though I’ve still not learned how to sleep in the form of a cat, like my roommate Lilith can.

What are the differences between Animagi, Werewolves and Shapeshifters?

Animagi are magicians that have learned to take the shape of an animal. Usually once they choose an animal it is all they can shift to, though there is some variation particularly among those who choose birds. There’s a student at P.A.W.S. Tessa who’s a bird animagi and constantly changes her form.

Werewolves are created either by a bite or birth. A person who is bitten by a werewolf contracts a disease, lycopanthy. From that point on they will turn into wolf form on every full moon, but with training can also learn to control their form so that they can turn at other times of the month. A baby born of werewolf parents will generally not turn wolf until adolescence. Werewolf families are pretty rare though.

I am a shapeshifter. My magic comes from my silver charm that was passed on to me by my omama and that I will some day pass on to my own daughter or granddaughter. Shapeshifters are rare and it is said that there are very few in the whole world. It is also believed that the charms were originally forged by the great magician, Merlin.

P.A.W.S. is the Partnership of Animagi, Werewolves, and Shapeshifters. It is an international organization with Institutes for the training of shapeshifters in several different countries of the world. I live at the P.A.W.S. Institute of the Midwest in St. Louis. Today the Institutes train their students to best use their skills to help others. During the Second World War in Europe, P.A.W.S. also worked with the resistance to fight the Nazis.

Tell us about Danny.

[Blushes] Well, as weird as it seems I think Danny likes me. I don’t get why he would though. He’s super-cute in his human form (long dark hair and green eyes) and even cuter in his cat form (a beautiful Maine Coon – those were always my favorite cats, even before I met Danny). I’m plain by comparison. He’s also Jessamyn’s son and plays the guitar and sings, and has this awesome magic power and… I know I’m rambling, but you know what he kissed me and I never thought that would happen and …

Will you be going back to your aunt and uncle? How do you see your future?

No, I’m never going back to Uncle David and Aunt Cynthia. They wouldn’t want me anyhow. I’m pretty sure they’re happy I’ve disappeared.

The future, well it’s hard to tell, but I hope I can continue studying at P.A.W.S. and develop my magic. And maybe sometime go back and visit New York. I hear there’s a P.A.W.S. Institute there too right in the middle of Central Park. Danny says he’ll take me sometime.

Thank you for interviewing me – I’d better go now. I have some homework to finish for Professor Ainsworth, the animagus owl. Must get it done or I’ll ruffle his feathers.

Debbie Manber Kupfer grew up in the UK in the East London suburb of Barking. She has lived in Israel, New York and North Carolina and somehow ended up in St. Louis, where for the last 14 years she has worked as a freelance puzzle constructor of word puzzles and logic problems. She lives with her husband, two children and a very opinionated feline. She believes that with enough tea and dark chocolate you can achieve anything! You can find Miri on the pages of P.A.W.S.

Next week we will be hosting woman hidden for three centuries. We’ve been told that the full moon should not be a problem. Please follow the site by email (bottom-right), via Twitter or like our Facebook page to be notified when the next interview is posted.